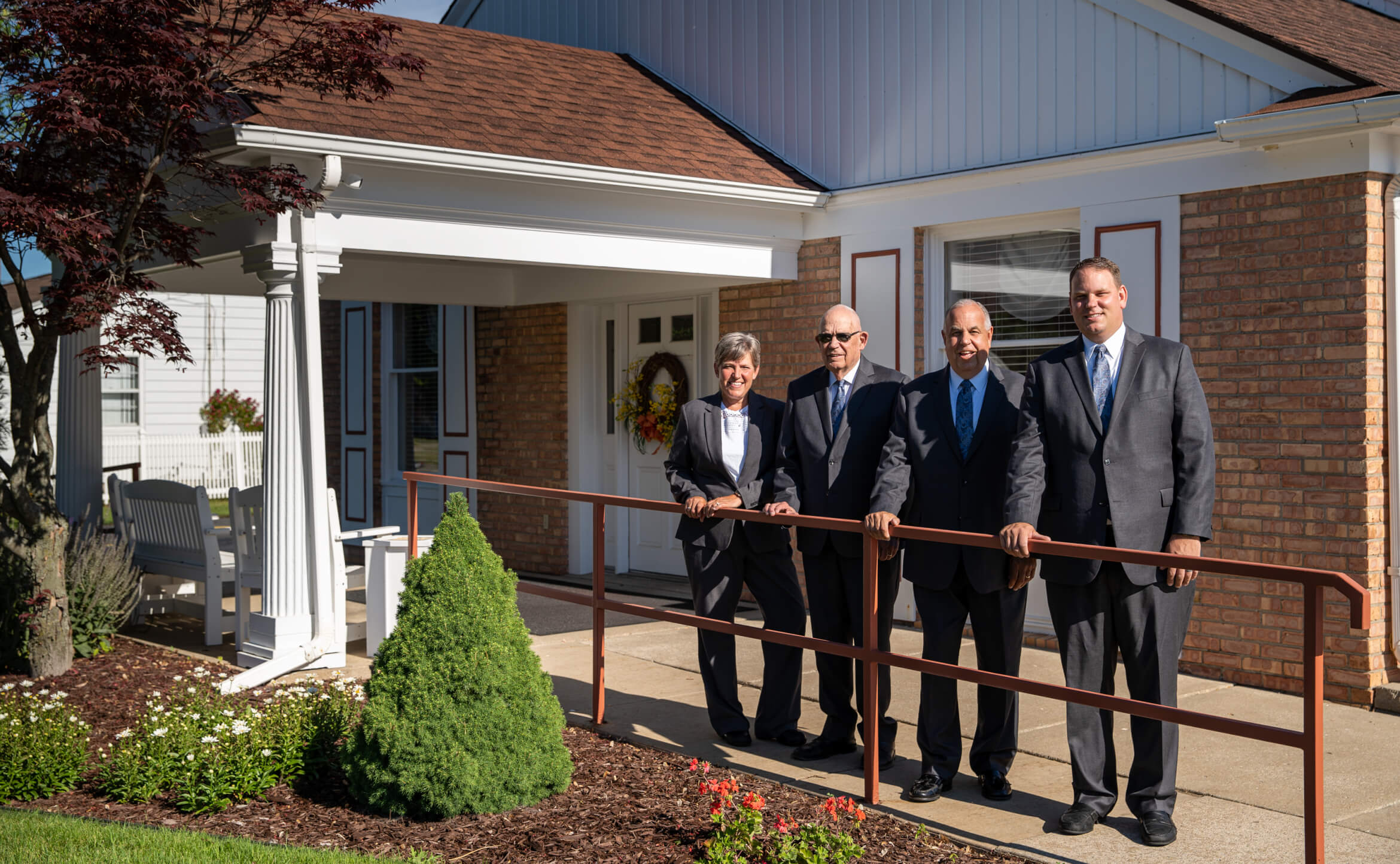 Kroeze-Wolffis Funeral Home, Inc., began as Kroeze Funeral Home, Inc. in 1958. It was founded by George J. Kroeze, a first generation funeral home owner, and was located on the corner of Main and Stewart Streets in Fremont. In 1973, George Kroeze purchased the Schuiteman-DeKuiper Funeral Home building at 637 E. Main Street in Fremont, and he moved his business to this location, where it has remained ever since.

On September 1, 1995, George Kroeze sold the business to Kenneth W. Wolffis. Ken, who is also a first generation funeral home owner, became a licensed funeral director in 1985 and had been employed by the Systema Funeral Homes, Inc. in Muskegon prior to moving to Fremont. George J. Kroeze passed away on January 4, 1998. His widow, Jenny Kroeze, continues to be employed by the Funeral Home. In May of 2004, the funeral home name was changed to Kroeze-Wolffis Funeral Home, Inc., where Kenneth W. Wolffis continues to be the President and Manager.

Ken is married to the former Jane Bielema, and they have 4 children: Twins, Emily and Jonathan, Elizabeth, and Rebecca. They are members of Second Christian Reformed Church in Fremont.

In October of 2013, Jonathan joined his father, Ken, as a second generation licensed funeral director. Jon is married to the former Elizabeth Sikkenga, and they have 3 children, Emma Owen & Andrew. They reside in the city of Fremont, and are members of Second Christian Reformed Church in Fremont.